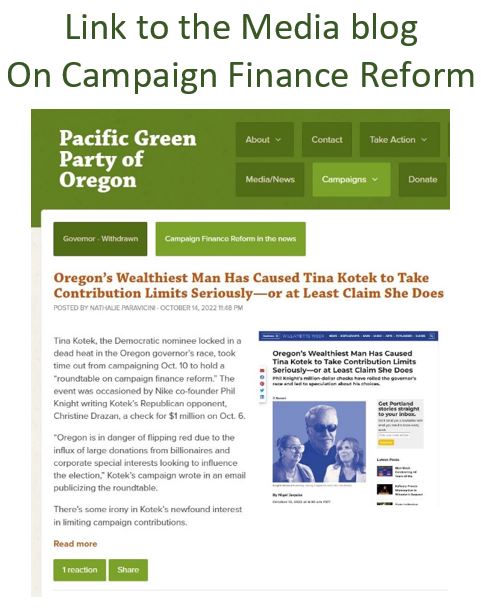 Before dropping out Paravicini was able to ensure that her key platform item, campaign finance reform, became a priority item for one of the major party candidates.

Documentation below provided for background

Why do you want to run for that office, vision/goals, how do you define winning: 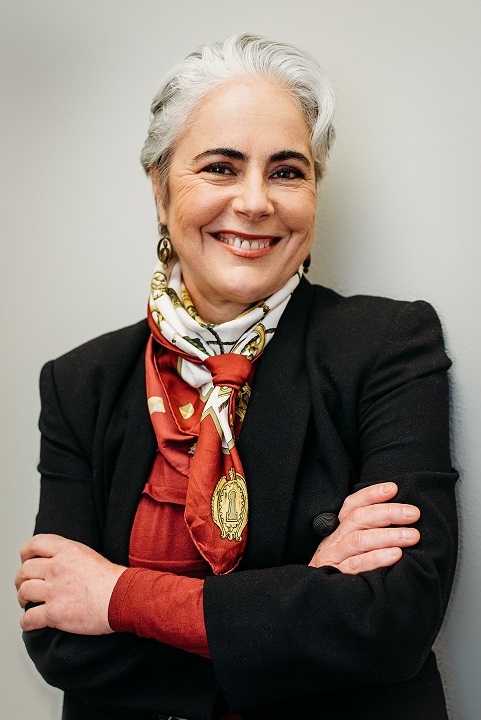 Running of office is the most important platform to advance ideas that are often suppressed or not discussed by those in power.  The amount of money flooding elections this year in Oregon has become obscene and absurd” said candidate for Governor Nathalie Paravicini, ND.  “Oregon is one of only 11 states with no campaign finance limits, even though 78% of Oregonians voted in favor of a constitutional amendment allowing for campaign limits in 2020; so far every effort has been defeated by insiders.  No wonder experts say this year's governor's race will be the most expensive in history.

I am running for governor to offer voters an alternative to the major candidates who are all feeding from the same trough of big money.  This year's gubernatorial race is a wild card largely because neither major party wanted to implement campaign finance reform.  It is the perfect scenario to showcase how short sighted public policy has been in the US and in Oregon.

What is your plan, benchmarks:

To be seen, being Green.  I will use the campaign to continue building capacity within the party, creating viable locals and a communications network.  In Oregon we can implement change by petition.  2024 will be a year with major initiatives that have the potential to change politics in the state.   My campaign will aim to chip away at established structures and to build a strong alternative grassroots electoral coalition.

How much money do you plan to spend? How will you raise the funds?

I anticipate an initial fundraising drive of $10,000 to set in motion broader fundraising objectives.

Relevant experience and/or other

I have been a small business owner most of my life and a community organizer for over 30 years.  I have worked in the healthcare sector for over 20 years now both as executive director of a the Community Doula Program, in Texas and as a naturopathic doctor in Oregon.  Throughout my professional career I have taken part in community and public policy initiatives.