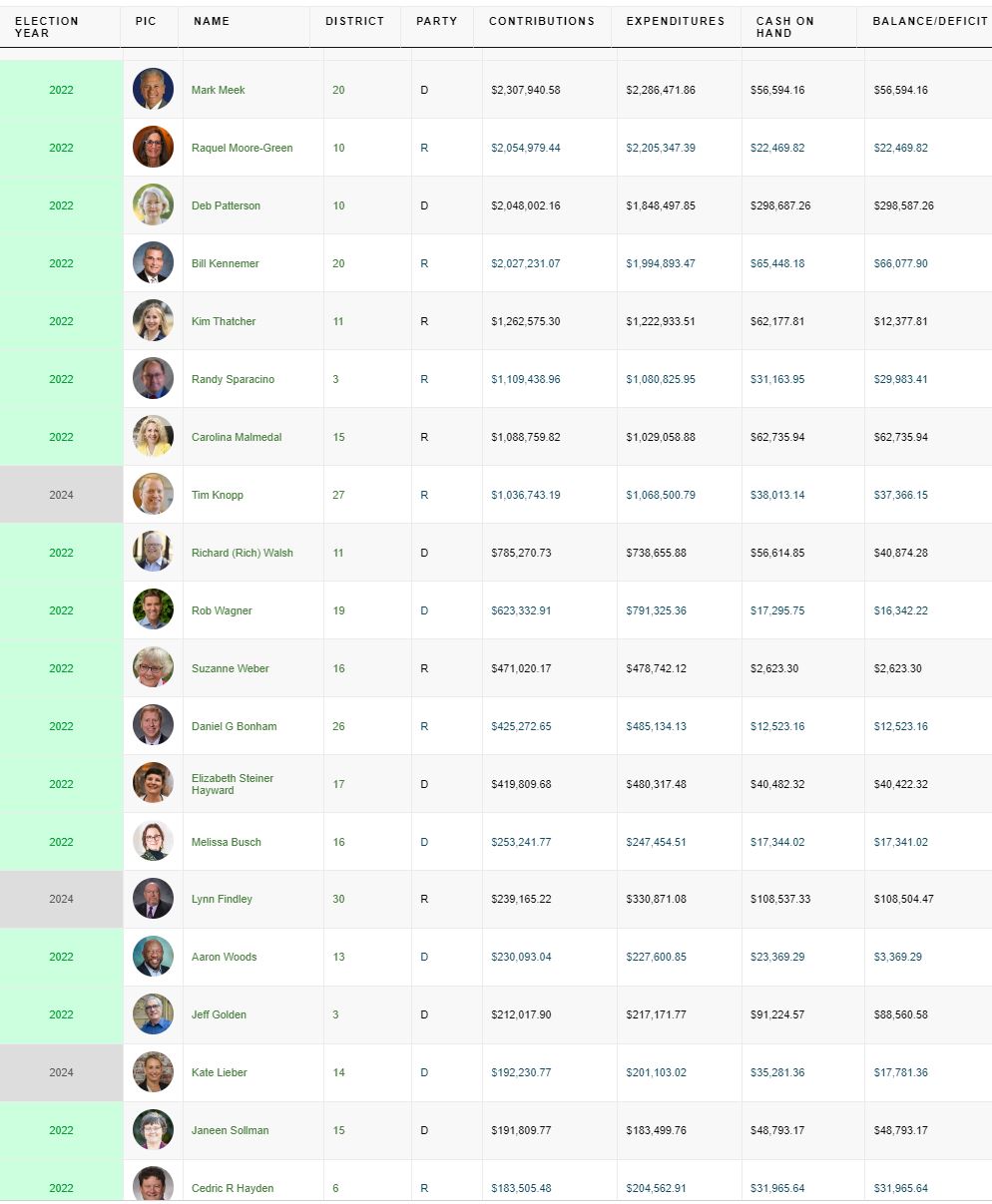 The year 2022 was marked by the most massive inflow of campaign money ever in the history of Oregon, where at the time of creating this page, there are absolutely NO LIMITS or regulations in the state; one of the only states with no such barriers to corruption of the democratic process.  We are actively involved in the Honest-Elections.org coalition.

The down ballot races focused on excessive spending in the military and all the consequences thereof.