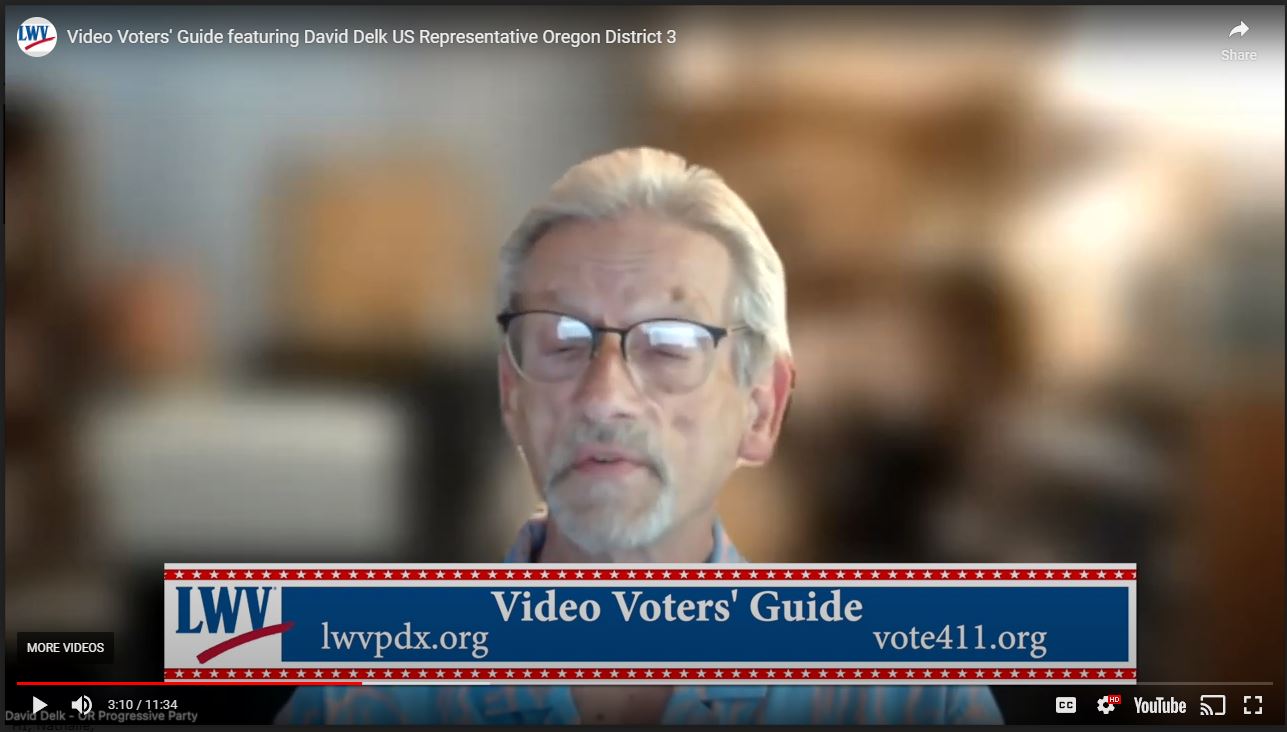 I support this statement by Physicians For A National Health Program:  "We propose to replace the ACA with a publicly financed National Health Program that would fully cover medical care for all Americans, while lowering costs by eliminating the profit driven private insurance industry with its massive overhead."

What do you think an improved tax system should look like?

An improved tax system would have an increase in the highest tax bracket to over 60%; it would include a/an:
*effective estate tax;
*increased tax on capital gains to be equal to that for taxes on wages;
*excess profits tax on war profits to discourage individuals and corporations from seeking material gain from war making;
*financial transactions tax to discourage short term speculative investing and to raise revenues;
*automatic calculation of tax returns for majority of taxpayer.

What should Congress do to deal with climate change?

*Cut all tax subsidies of fossil fuel companies;
*institute a Fee & Dividend program (tax on carbon returned to taxpayers), not allow export of fossil fuels (LNG and Oil);
*heavily invest in solar, wind and other renewable energy sources. Nuclear power is not renewable; nuclear power plants should all be closed.

And most importantly, Congress should not approve the Trans Pacific Partnership with its investor-state-dispute settlement clauses and almost non-existent environmental protections.

How will you try to reduce polarization in Congress so problems can be solved?

Solutions to the polarization are long range.