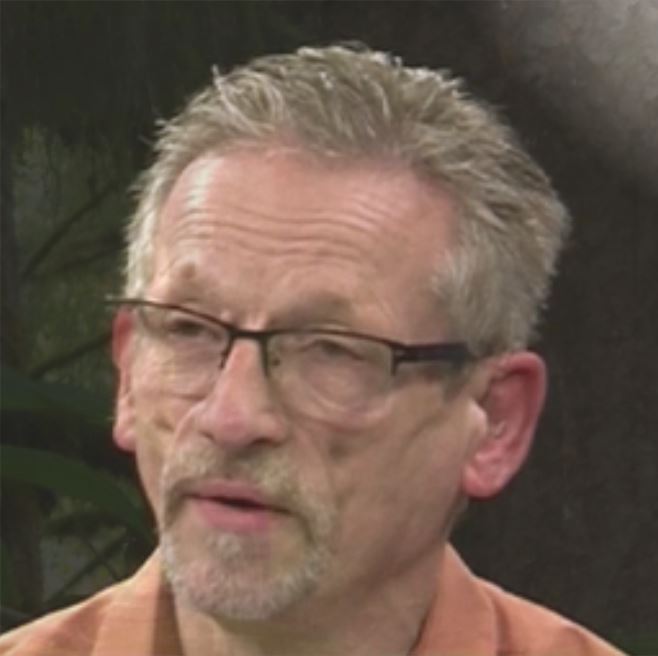 Running for: US Congress, Congressional District 3

My story is both different and the same as the stories of most people.

I was born in Portland in 1950.  I didn't know my father as my parents divorced before my twin brother and I were born. We were poor and lived on welfare, when there was still an effective welfare program to support single parent families. 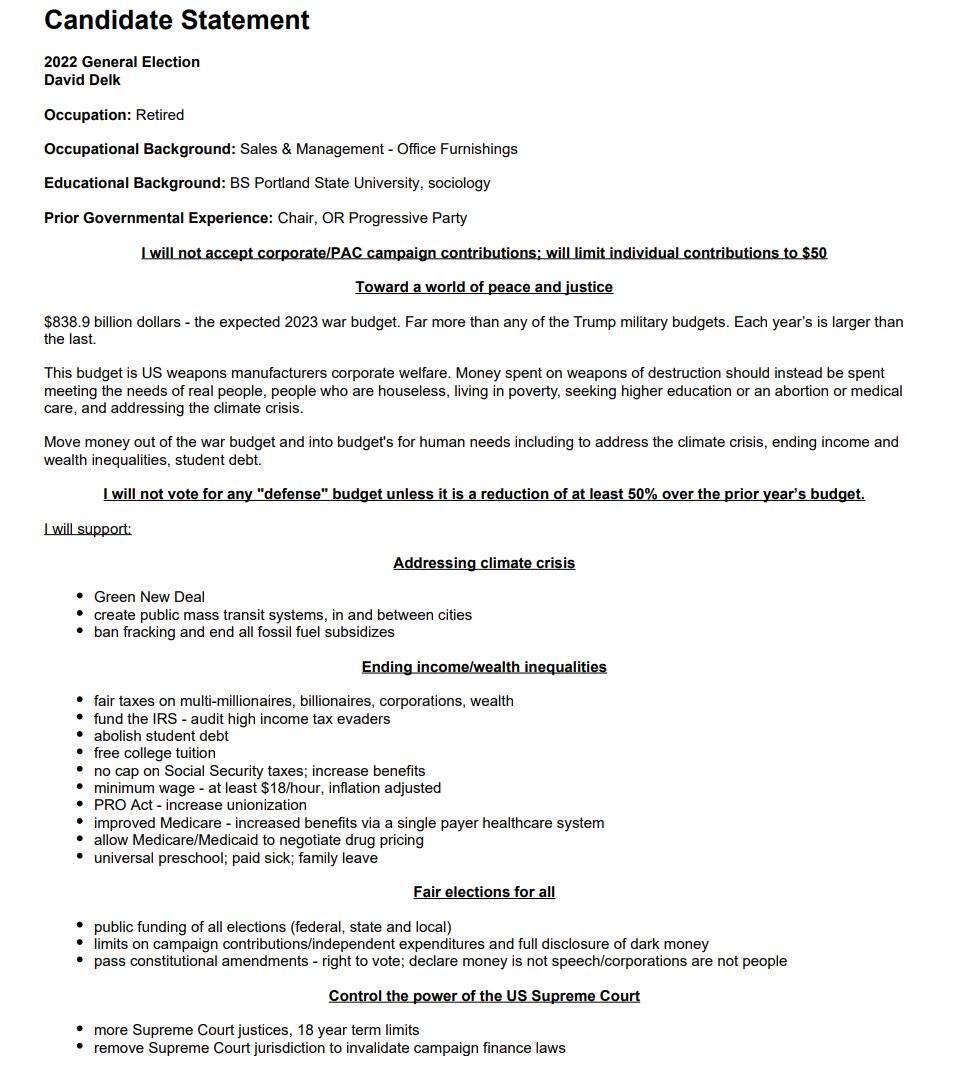 While in high school and continuing into college, I worked on the United Farmworkers grape and lettuce boycotts in order that the union would be recognized and the deplorable conditions under which farm workers labored would be improved.
While studying at Portland State University, I was active in opposing the Vietnam War, including being there when the University was shut down.  Attended all the huge marches and rallies opposing that war. I have continued to believe that war is not the answer and to oppose military action.

While at Portland State, I got a BS in sociology with a teaching certificate.  My hope was to teach American Problems, civics and/or history at a high school but, upon graduating, America was experiencing a economic contraction and there were no jobs.  I had to get a job with a stationery store (this was before the advent of the mega-stationery stores; stationery stores then were small "mom and pop" operations).  Thus began my life working in either stationery or office furniture stores, generally for pretty low wages but it was steady work.

During the growing up years, I struggled with being gay.  Of course, in the 50s and 60s, the term gay didn't exist.  The usual term was the demeaning fag or faggot.  In polite society, you could hope to be called homosexual.  Then the late 60 and the 70s happened and Gay Liberation gave us a positive word, one that we could own.  That one word made a tremendous difference.  Plus the gay liberation movement gave us positive role models instead of the negative stereotypes.

But the struggle for LGBTQ rights continues and I will be an out and proud Congressman if elected.  My partner and I have been together now for 30 years.  What a blessing he is.

Several years ago I retired and focused my energy on various activist activities.  I have been President or co-chair of Alliance for Democracy since about 2000; I have been a member of the Economic Justice Action Group of the First Unitarian Church since about the same time.  In 2006, I was one of the chief petitioners of Measures 46/47 to establish limits on campaign contributions.  In 2011, I founded the Portland chapter of Move to Amend, advocating for a 28th constitutional amendment to overturn Citizens United as well as all the other wrong-headed court decisions which have established the dual doctrines of corporate personhood and money equals speech. And most recently, I formed the Portland Public Banking Alliance  (now the Oregon Public Bank Alliance) advocating for the formation of a municipal bank for Portland.  I presently also serve on the board of the Oregon Unitarian Universalist Voices for Justice.

And now because of my concern with the power exercised over our democracy by the military industrial congressional complex, I have decided run for political office - US Representative from the OR Third District, where Earl Blumenauer is currently our Representative.  His record has been one of sometimes voting in favor of the National Defense Appropriations Act and sometimes voting against. But he never tells why he votes one way or the other.  Searching his website under press release going back many years, he has never released a press release on his votes on the NDAA, even though it is an annual vote. Never once.  I have never seen him speak to the issue on Facebook or else where on Social Media.  Keep in mind that usually the NDAA represents more than half of the federal discretionary budget. This year it will be about $825 Billion, larger than even when Trump was President.