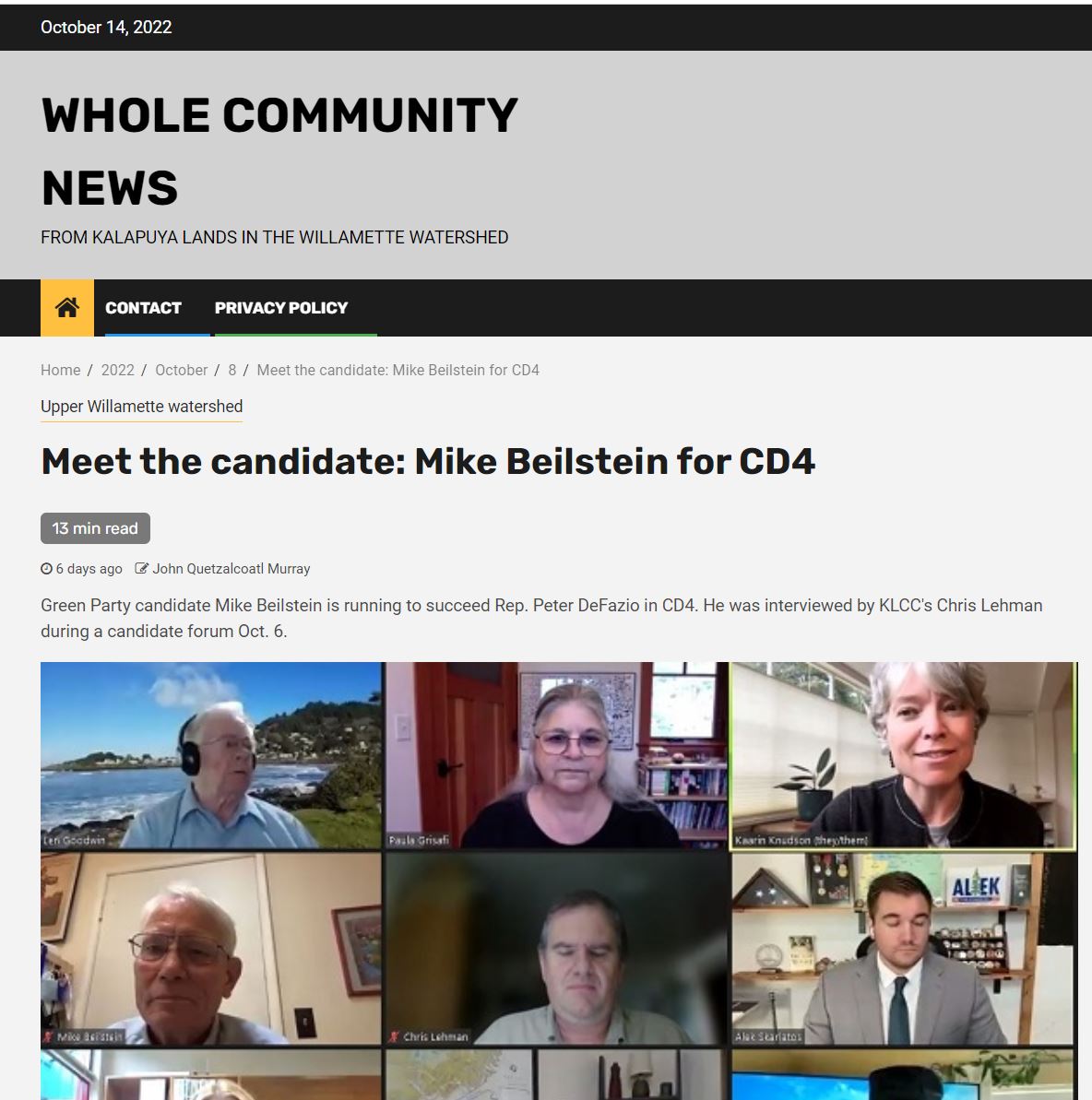 Mike Beilstein is a retired research chemist who worked at Oregon State University for 30 years. He has been an active member of the Pacific Green Party for more than 20 years. He served on the Corvallis City Council for 12 years. Beilstein has run for US Congress 5 times previously, starting in 2008. His campaigns always focused on environmental restoration and ending US militarism.
Growing economic inequality results from policies that enrich US oligarchs at the expense of the environment, the people and peace. Acting through the Democrat and Republican Parties, the triad of the fossil fuel industry, the military-industrial complex and finance control US domestic and foreign policy. These three sectors are enriched by the forever wars conducted in the name of fighting communism, terrorism, the drug trade, “insane” dictators or any myth the American public can be led to believe.
Environmental degradation demands that the nation, and the world, move to a post-carbon economy. This can only happen by replacing the present power centers that push us toward irreversible climate chaos and endless war, with decentralized power structures that promote sustainable energy and financial practices.
For our nation to recover we need universal single-payer health care, public banking, campaign finance reform, ranked choice voting, expanded public housing, tuition-free education from pre-school to graduate school and a green new deal. Beilstein is committed to the Green ideals of non-violence, local democracy, social justice and ecological wisdom.